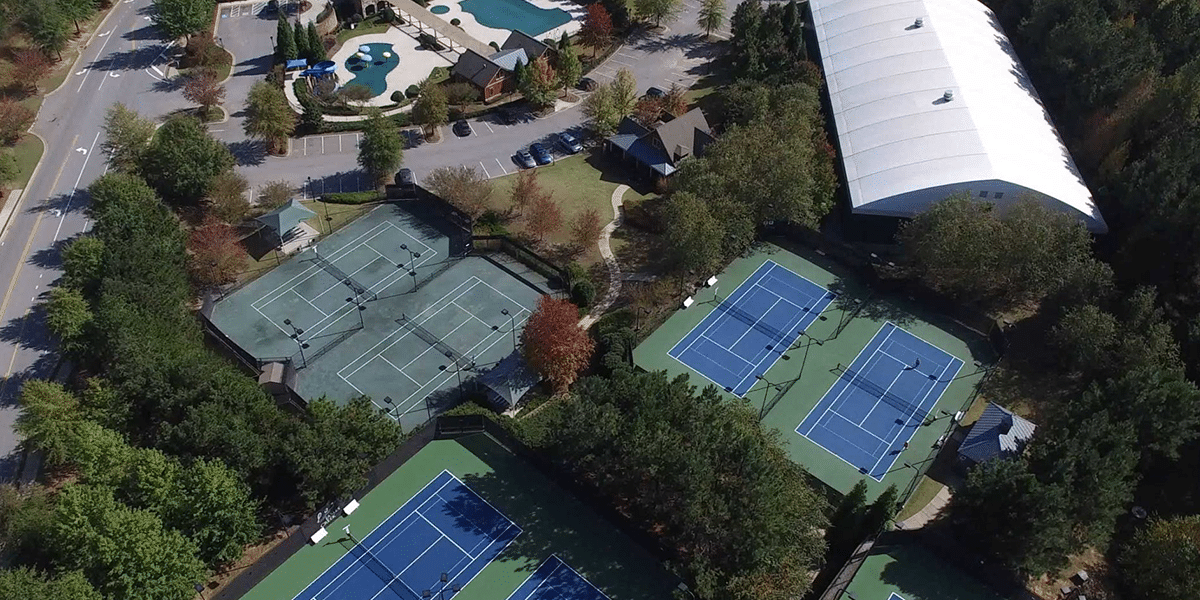 James Creek Tennis Center is a full service, state of the art indoor/outdoor tennis facility offering tennis programs for all levels of both adults and children. Located within the newly developed James Creek Community just north of Johns Creek, the tennis center and academy are available to tennis players residing in or outside the community. As metro Atlanta’s most comprehensive tennis facility, James Creek features 14 courts, including an indoor facility and two superbly maintained clay courts, all designed and managed by tennis professionals for individuals of all skill levels.

James Creek Tennis Center is a private facility and membership is required. Non members can participate in weekly adult/junior drills and take private lessons at a higher non member rate. For membership information, please call the Pro Shop at (678) 947-6154.

James Creek Tennis Center is a private facility and membership is required. Non members can participate in weekly adult/junior drills and take private lessons at a higher non member rate. For membership information, please call the Pro Shop at (678) 947-6154.

Meet the James Creek team! Hover over and click the below team members to meet our tennis pros and learn more about them!

Meet the James Creek team! Hover over and click the below team members to meet our tennis pros and learn more about them! 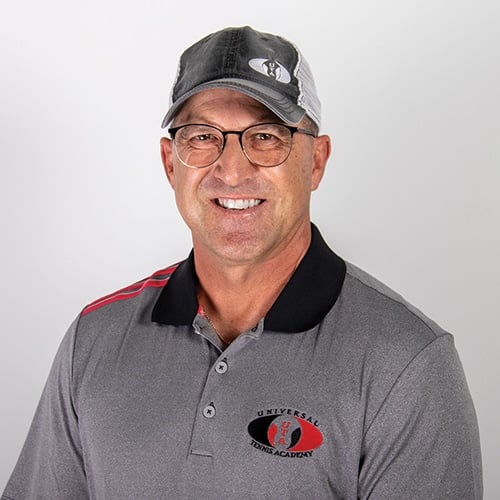 Stewart Russell is originally from Northport, New York and graduated from Roanoke College in Salem, Va. with a degree in Sociology. Stewart directs the junior and adult programs at James Creek Tennis Center.

Stewart has been a USPTA Elite professional for the past 15 years and is working towards becoming a Master Professional. Stewart is a USTA National Junior Player Development coach who participates in Regional and National events hosted by the USTA. Before joining Universal Tennis Academy, Stewart was the Head Men’s Tennis Coach at Roanoke College in Salem, Virginia for five years. He was also the Director of Tennis at Brookstone Country Club in Acworth, Ga. He has a comprehensive and extensive background in teaching players of all ages and ability levels.

Stewart and his wife Penny have two children. Their daughter, Taylor, is a certified personal trainer in Savannah and their son, Justin, plays baseball at Kennesaw State University. 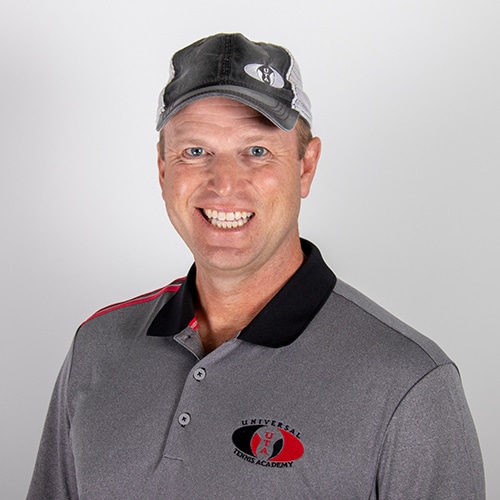 David is a founding partner at UTA and is originally from Sudbury, Massachusetts. He helps organize the programs at Chastain Tennis Center, GSU Dunwoody and James Creek Tennis Center. David earned his bachelors in psychology with a religious studies minor from the University of Virginia. He is a former number #1 singles player for the Cavaliers and was USTA/Georgia’s Junior Coach of the Year in 2002.

In addition to assisting with the tennis programs at Chastain Park, GSU Dunwoody and James Creek, David manages the UTA College Placement Program which helps connect UTA tournament players with universities. David also leads the UTA involvement in ‘Serve and Connect’ which offers free tennis classes Friday afternoons in the Fall and Spring to the students of Washington Park Tennis Center.

David and his wife Ashley, have been blessed with three energetic children: Livi, Kate, and Lex.

Work in the Community:
– Current AYTEF Board Member. Coordinated several teach-a-thons with over 75 coaches to help raise funds for AYTEF and Chattahoochee Foundation.
– Dreammakers: 3-year volunteer of free clinics to kids
– Helped create Serve and Connect program at Washington Park
– Helped organize a clothing and equipment drive for students of Washington Park. Over 700 articles of new to slightly used clothes/equipment have been distributed over the past 8 years.
– Worked with over 200 student-athletes find a college team/scholarship opportunity 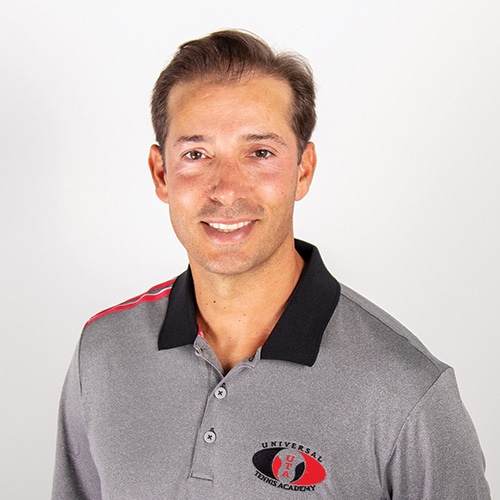 Cem, a native of Turkey, has been a teaching professional for 21 years, nine of which at James Creek Tennis Center. He enjoys coaching and developing players of all ages. From 1998-2003 he was responsible for training many of the top nationally-ranked juniors in Turkey. Cem started his coaching career in Turkey, as an assistant coach, at the Ankara Tennis Club. He then became Co-director of Junior Programming at the Adana Tennis &Yacht Club, where he helped develop a successful junior program. In 2003 he moved to Rome, GA where he took a position as Head Tennis Professional at Cartersville Country Club. Cem’s coaching experience includes Professional Coaches Diploma from the Turkish Tennis Federation in conjunction with the ITF; Coaches Diploma from the Ankara Tennis Club (1997); United States Professional Tennis Association (2004); PRT – European USPTA (2006).

As a junior, Cem played on the 14 & Under Turkish National team and he maintained a top 10 national ranking in both the 14’s and 16’s. He attended Cag University where he was ranked 7th in the nation. He also received Freshman, All-Region and MVP honors. He played Division 1 club tennis and competed on the ATP and ITF professional tours. In 2004, he had a Georgia doubles ranking of 2. 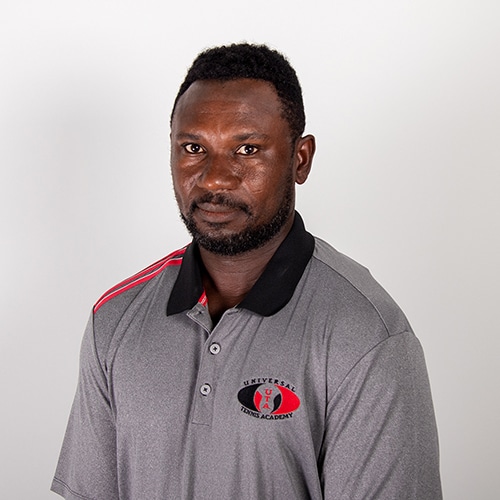 Clement was born in Accra, Ghana where he learned to play tennis. In 1998, he was named to Ghana’s Davis Cup team and he competed professionally on the men’s tennis circuit. He was consistently ranked Nationally in the top 5 and achieved a top 80 ranking on the International Tennis Federation (ITF) Junior Circuit. He won two junior doubles tournaments with partner Lleyton Hewitt. As a junior, he was brought to the United States on a tennis scholarship to the world-famous John Newcomb Tennis Ranch in New Braunfels, Texas. He has coached several highly ranked junior players. Clement has coached tennis for over ten years and is USPTA and GPTA Certified. In his spare time, Clement enjoys playing soccer and working out in the gym. 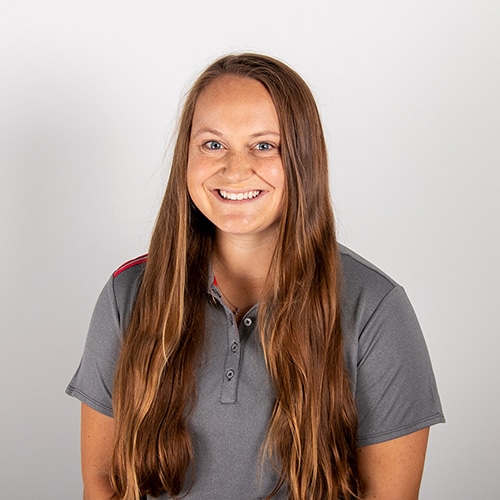 Emma is USPTA certified. She is also published in The GA College Corinthian for an exercise science-related experiment conducted during her undergraduate career.

In her spare time, Emma enjoys running, going to the beach, being with friends and family.

She will be at James Creek primarily coaching younger students although she enjoys working with all ages. 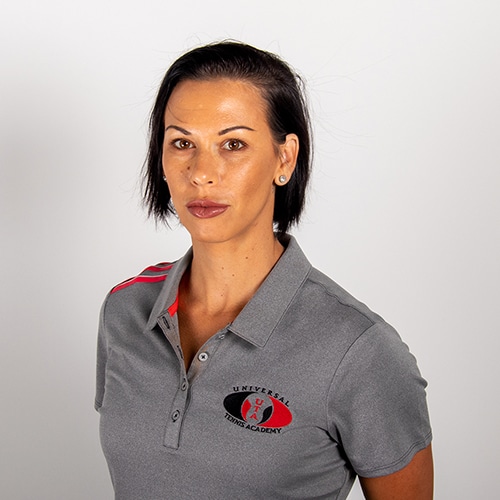 Gabriella is originally from Szazhalombatta, Hungary and attended Armstrong State University in Savannah, Ga. Gabriella played on the Pirates Tennis Team from 2006 – 2010. During those four years, the team won three National Championships and Gabriella was named All American five times. She received a degree in English – communications and in Public Health.

Gabrielle started to teach tennis while she was in high school years when she coached children ages 3-12 years old. She enjoys coaching younger children as well as competitive juniors. She also works with adults of all ability levels. Gabriella still enjoys competing and continues to play in professional ITF and Challenger tournaments. 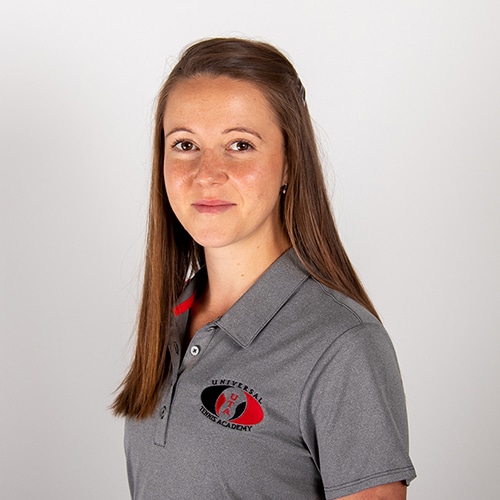 Klara, originally from Trinec, Czech Republic, came to the United States in 2013. Klara was ranked in the top 10 in the Czech Republic throughout her junior and adult competitive years. She played ITF Juniors and ITF Pro Circuit tournaments before she started college.

Klara started as a student-athlete at South Carolina State University (SCSU). She was named Rookie of the Year in 2013; she was voted the Most Valuable Player in 2013 & 2014, and she was 2 times MEAC Champion in 2013 & 2014. After 3 semesters Klara transferred to Georgia Gwinnett College (GGC) where Klara earned NAIA Women’s Tennis All-America First Team in 2016 & 2017. Klara was 2 times NAIA Women’s Tennis National Champion in 2016 and 2017. Her highest NAIA ranking was #5 nationally in Spring 2017. Klara graduated with a Bachelor’s of Science (Exercise Science – Wellness Promotion).

Klara’s other interests include alpine skiing, interior design, and she loves dogs.

Since then, Alexis relocated to the United States and has found a love of teaching the game to tennis players of all skill levels. 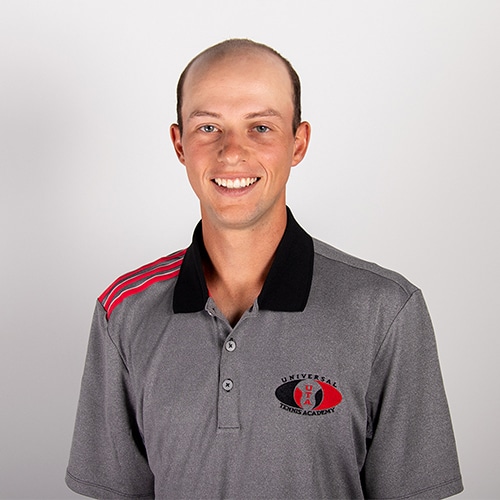 Liam Villante grew up in Marietta, Georgia where he competed in state, sectional, and national tournaments. While completing his BA in Sport Management at Kennesaw State University, he managed three adult programs across two locations for management group Atlantic Recreation, and worked seasonally at five-star resort, The Cloister, alongside French Open doubles champion Luke Jensen. He spent his last two semesters interning with USTA Atlanta where he assisted with the Atlanta Youth Tennis & Education Foundation’s (AYTEF) programs and fundraisers. Liam is a member of PTR’s “Gamechangers” – an international group of pros under 30 who seek to influence the next generation of industry leaders and coaches. At the 2020 PTR International Symposium, Liam presented on pickleball, explaining the future of the sport and the impact it could have on a club. When away from the courts, Liam is an avid reader and enjoys to golf.

We not only train our juniors in tennis, but also in skills like hard work, dedication, and motivation that they carry with them for a lifetime. 🎾

We prove we are a 5-star tennis academy through our practices every day. Experience it for yourself at your nearest UTA location: utatennis.com/uta-locations/ ⭐

We're heading into 2021 ready to knock over the obstacles that come our way ~ literally! 💪

Start training now to reach your athletic goals this year with a free on-court evaluation from one of our coaches. Fill out the form here to get in contact with us: utatennis.com/junior-academy/