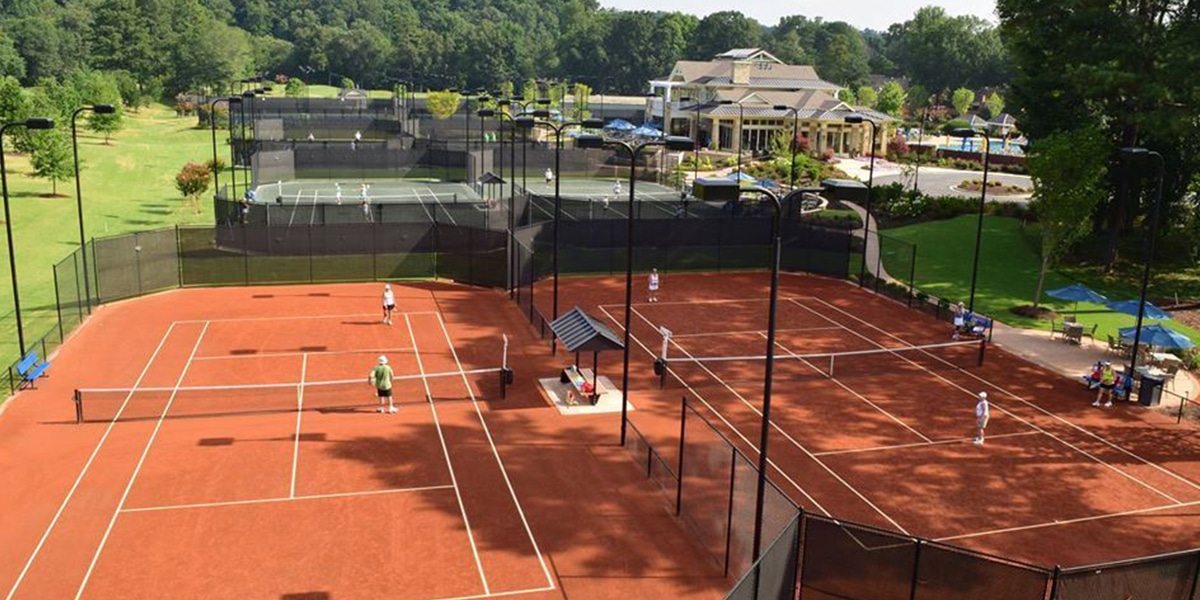 Meet the Horseshoe Bend Country Club team! Hover over and click the below team members to meet our tennis pros and learn more about them!

Meet the Horseshoe Bend Country Club team! Hover over and click the below team members to meet our tennis pros and learn more about them! 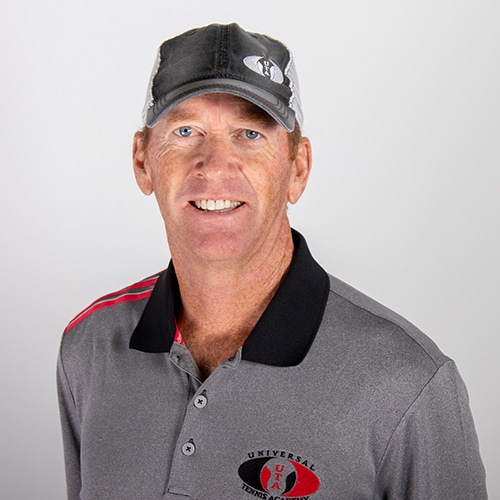 Tim Noonan is a founder with Universal Tennis Academy. Tim is originally from St. Louis, Missouri. He received his Bachelor’s in Architecture from the University of Notre Dame where he was a four-year letterman and captain of the Notre Dame tennis team. Tim worked as an architect for five years before returning to the game of tennis.

Tim was the Director of Tennis at both Sunset Country Club and Old Warson Country Club in St. Louis before moving to Atlanta in 1996, to become the head coach for the Atlanta Thunder. Noonan led the Thunder to the World Team Tennis finals that same year. Tim is USPTA certified Tennis Professional and the 2019 Georgia USPTA Pro of the Year.

Tim and his wife Karen have a stepdaughter named Madie and three rescue dogs. When Tim isn’t on the courts he enjoys playing golf and skiing. Tim enjoys coaching students of all levels and ages. 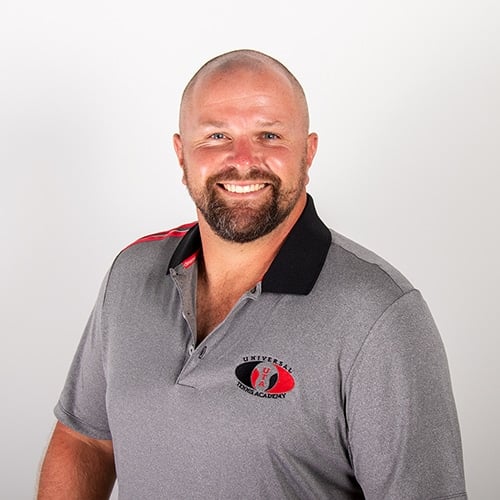 Once you hear Ryan out on the courts you will know he is originally from England. Ryan has worked at UTA since March 2007 and is part of the original coaching staff from the initial location at the Chattahoochee Plantation. Ryan helps oversee the 10 & Under class and Competitive group at Blackburn, as well as assisting Universal Tennis Management as International Programs Coordinator/Recruiter.

Ryan played at the University of Southern Indiana where he graduated with a degree in business administration. He was team captain his senior year and his team won the Conference Championship during his junior year. Before coming to the United States, Coach Hughes attended Sutton Junior High-Performance Tennis Center in London, England from 1999 to 2002 and played events in the UK tennis tour.

Ryan’s Mom and Dad, and his 4 older brothers still live in England. When not teaching juniors, Ryan is a scratch golfer and enjoys working on his car collection.